Knowledge & Control: from information to knowledge, from sharing to action. 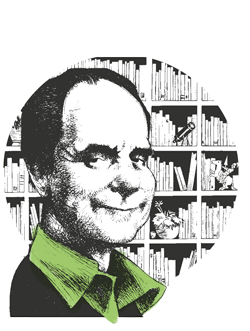 Faced with the vertigo of what is countless, unclassifiable, in a state of flux, I feel reassured by what is finite, ‘discrete’ and reduced to a system.

Our raw material therefore comes from a variety of heterogeneous origins: from data linked to an organisation to economic figures, from simple data records to information on the context in which every individual and every organisation works and acts.

If appropriately collected, analysed, processed and implemented according to interoperable methods, each piece of data can constitute an irreplaceable strategic instrument supporting every decision-making process for any organisation and in any reference market.

Creating these sophisticated knowledge tools able to design the future is the ultimate aim of our group. 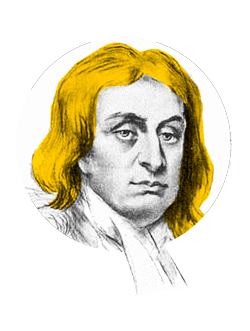 If I have ever made any valuable discoveries, it has been owing more to patient attention, than to any other talent.

Complexity and partnership, domains and performance: beyond technique.

To develop technological solutions applied to complex environments, we need specific skills that can interact perfectly, well beyond even the most specialised individual development skills.

What is required is continuous study and updating in individual areas of application as well as the overall context scenario so that specific sector skills can be translated into innovative tools that are both shared and shareable, to keep up with the times.
For this reason, our company journey is planned step by step along the way, ready and responsive to all the variations and changes on the horizon, following our cardinal points, which are:

In-depth knowledge of the application domains

The study and in-depth knowledge of various operating environments, as well as continuous updating on the regulations governing different sectors and the information flows generated in and outside of them: these are distinguishing features of Maps Group in all the sectors it works in.

The aim is to offer our clients excellent Data Management and Operational Intelligence solutions, as well as Decision Support Systems and Real Time Data Analysis tools.

The working method used by the company in fact privileges an integrated approach to the various contexts, allowing Maps Group to be not only a reliable, competent interlocutor in the field of systems integration, but also a genuine strategic partner in all fields of intervention..

A strategic partner in the following sectors:

Over the years, the experience acquired in the strategic and operational areas of particularly complex companies and organisations has provided the group with a high capacity for governance of the broadest-ranging and most complex business and service scenarios.

Through the development and implementation of services and solutions, whose prerequisites and whose architectures go far beyond their simplest and most immediate role as a technological platform, Group today relies on a wealth of knowledge capable of ranging between the various application domains and of making information systems which were originally closed and inaccessible communicate with each other.

This is also possible thanks to the interoperable nature of the solutions developed which can be integrated with the various high-tech systems commonly used by our partners on the basis of their particular business and development situations.

The importance of partnerships

We act on the basis of a medium-to-long-term perspective and, as a result, trust and long-term relationships are extremely important to the companyboth for those who work for us, as well as partners and clients.

For Maps Group, mutual respect and maintaining its commitments are not goals to strive for, but rather the starting point, together with the company’s values, transparency and control over the work performed.

Our long-term relationship formulas are based on this approach, consolidated over the years, in order to provide to our partners and customers a continuous presence both in terms of assistance and expert advice specific to individual objectives and functions and as concerns support throughout the innovation process linked to the use of Maps Group solutions and products.

We develop our high-tech solutions according to quality control criteria that are rigorous, certified and long-term. Attention to the performance quality level is, for Maps Group, an essential element, according to the high standards that mark its solutions, and which have allowed the company to excel in its own reference market.

The problems inherent in complexity are resolved using a semantic approach, one that correlates data and data gathering systems which, at their source, are not integrable, and then—through suitable processes of analysis, translation and structuring—turns them into information systems that are coherent and functional and, above all, available in real time.

Selection of the highest-performing horizons

Teamwork, a multi-disciplinary approach and a working method that sees in organisation the underlying structure for the entire corporate process are the ingredients that Maps Group believes are indispensable for taking on the complexity of the contexts in which it operates and to translate it into knowledge tools to be used to extract valuable information.

It is on these values that the group bases its fruitful and long-term relationships created with the people and organisations with which it collaborates. The ultimate goal is to develop processes for the analysis, sharing and control of available information with the goal of planning the activities of its partners and clients to significantly improve their performance while playing an active role in achieving the most high-performance goals.

Because, it is only by setting the most ambitious objectives that it is possible to attain—step-by-step, following the right approach and with the necessary commitment—those goals which would seem to be the least accessible. 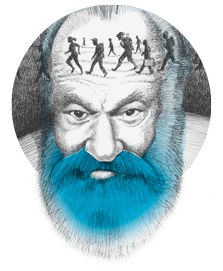 The world stands, reproduces, is in tension, lives, on the harmony between diversities.

The polar stars of the Maps Group: example as a shared value.

It is not easy for a company to talk about its values: rhetoric is just around the corner, as is self-referentiality. This is why Maps Group has decided to let other “voices” be heard by dedicating the conference rooms at its headquarters to the men and women who have not only represented those values, but have embodied them in exemplary fashion their whole lives.

First of all ADRIANO OLIVETTI, incomparable business leader, to represent the motivation for the group’s action: FOCUSING ON PEOPLE, identifying possibilities and practices in which the individual is not only the lynch-pin of technical and professional activities but also of all significant personal, experiential and relational activities.

Immediately following him is EDGAR MORIN whose “La Tête bien faite” [TN: The head well done] is still an exemplary model in the SEARCH FOR MEANING in Man and the society in which he lives. Both Masters capable of shining as polar stars in a universe of values whose deepest meaning must never be lost sight of.

Secondly, the focus shifts to the values of CONSCIOUS CONTROL AND ACTION, aimed at exploring and sharing knowledge. Here the Masters taken as an example are ALAN TURING, the extraordinary precursor of Artificial Intelligence, ITALO CALVINO, a visionary interpreter of knowledge, and TIZIANO TERZANI, the tireless explorer of the human journey. Each one capable of integrating multiple languages into a single guiding thread, clear and effective.

Finally, the CORPORATE NORTH, outlined by the most important values to govern everything: the ethical ones. Courage and professionalism, a pioneering spirit and ability to conduct oneself and others towards a goal that is anything but utopian, can be seen in GIORGIO AMBROSOLI, a beacon of civil conscience and courage; LORIS MALAGUZZI, whose excellence as a teacher is reflected in his approach to education and teaching; and ADA LOVELACE, a rare example of intellectual and technical emancipation.

Each one chosen because of their extraordinary courage, spirit of initiative and breadth of views, both towards the present and towards the future. 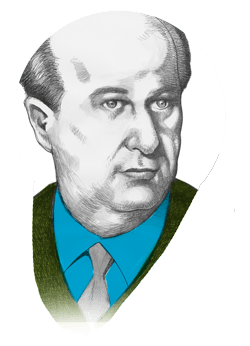 A dream seems like a dream until you start working on it. Then it may become a purpose, that is, something infinitely bigger.

Maps Group is an IT company focused on a clear objective: to make Data a source of knowledge useful for strategic planning, for the identification of new digital assets and the development of business in the most innovative sectors.

This, through the ability to design and implement Data Management and Operational Intelligence Solutions, as well as Decision Support Systems and Real Time Data Analysis tools.

It entered the market in 2002 as a software house with a strong inclination towards the most up-to-date development and training methodologies, and as early as in 2007 it moved towards a new industrial project.

Its focus shifted to strategic services for the most complex situations, also as a result of the arrival of new partners, new capital and changes in management.
2012 is the year during which Maps Group focused on new assets, with the acquisition and creation of a network of specialised companies: Intext, IG Consulting, Memelabs.

The development of new products begins and the growth of the company continues incrementally becoming a reference point at national level for the analysis of big data and the sharing of knowledge in complex contexts within the space of five years.

In 2020, the Maps group simplifies its corporate structure and, through the subsidiary MAPS Healthcare, signs the contract for the acquisition of 100% of SCS Computers and establishes Micuro, an innovative start-up active in the insurtech sector. 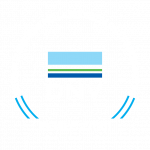 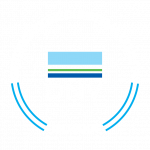